Head Cleric of The Patron of The Arts

One of the original members of Brent Embers & Associates, former member of the Red Hand Defenders. Grace Naraday (other surnames include “Llothbane,” “Dragonslayer,” and “Kolkin”; Elvish name “Seleg”) is a very old wood elf monk/cleric living in the town of Gallery, Nox, and tending to the Shrine of the Muses, the first known established center of organized Worship of The Patron of The Arts. In the (supposed) last years of her life, Grace’s elvish youth is finally fading, giving way to wrinkled skin and graying hair. Despite still being quite physically capable, Grace chooses to maintain an aura of peace and to resolve conflicts peacefully if possible. Grace is tended to by her godson, Matthew Ironfist, Chief Paladin of The Patron of The Arts.

Grace stands at about 5’6" tall, a few inches shorter than when she was in her prime. She sports long black hair giving way to gray and the beginnings of wrinkles on her tanned skin. Her ears are shorter than most elves, suggesting a partial human heritage. Her sharply defined muscular body is hidden by the loose fitting simple robes she wears on a daily basis. Although much more simply dressed than when she was an adventurer, Grace still wears a short, torn black cloak with a painted red hand emblazoned on the back over her black robes. She also wears a beautifully crafted jeweled amulet with a similar insignia laid behind an image of a campfire, a trinket she made for an old friend that she remembers to this day.

Grace was an orphan elf girl living in [Insert Nox Capital Here] who was adopted by human parents along with a halfling named Scarlet who would become her sister. Grace’s adoptive parents were skilled craftsman (her father was a clock maker and her mother was a jeweler) who were well known in their field, elevating them to the status of lesser nobles. While Grace never wanted for much, she found a liking for brawling that got her in much trouble and worried her parents.

Shortly after Grace turned 68 (quite young for elves), a traveling entertainer visited [Nox Capital] and showed off a performance martial arts routine. This dwarven monk named Rikkit Kol offered to train the aspiring young fighter after she gushed wildly about his performance. While he only stayed for a month, she learned much about the methods of moving Ki throughout the body and directing that for different purposes.
After Rikkit‘s departure, Grace began saving every coin she could spare until she departed from her parents estate in the middle of the night with only what she could carry on her back. Days after her departure, she was joined by her sister, who had rushed to track Grace down after discovering her missing. The two of them continued searching for Rikkit together until they came across the small hamlet of S’raia.
During their stay in the town, their questions directed them to a grave in the back corner of a churchyard, marked with Rikkit‘s very name. It turned out that Rikkit had died in the town after suffering from Mummy Rot for several days after venturing into an ancient dungeon. Grace elected to meditate in the graveyard alone before leaving for home, and the ghost of the dwarf appeared before her in the middle of the night. Rikkit’s spirit offered to finish teaching his unique fighting form, “The Oncoming Whirlwind,” to her as he never took on another apprentice and wished to rest in peace knowing that his legacy would live on.
Grace of course hastily agreed, and they trained for months in the forest until the dwarf felt that she was ready to begin learning the advanced forms. He revealed the location of his personal tome and told her that he would return when she reached her lowest point; then Rikkit passed on to wander the Astral Plane.

Scarlet and Grace, both inspired by Rikkit‘s adventurous spirit, went their separate ways to become adventurers in search of fortune and fame, respectively. Grace followed rumors of a rising goblin menace near the town of Brindol. There she met up with the party that would come to be known as The Red Hand Defenders. Upon investigation, they discovered the source of these rumors in Drellin’s Ferry: a massive army of goblin, orc, giant, and dragon-kind called the “”/wikis/the-red-hand" class=“wiki-page-link”> Red Hand" led by a half-dragon named Azarr Kul. Over the course of several months, through defending Brindol and attacking key points for the Red Hand, they eventually faced Azarr Kul and stopped his efforts to summon the goddess Tiamat into the Material Plane.

After the events of the Red Hand of Doom, it was discovered that the spider goddess Lloth was seeking to capitalize on the damage to reality caused by Azarr Kul’s failed ritual and to enter the Material Plane herself. The Red Hand Defenders ventured into Lloth’s domain, the Demon Web Pits, and slayed her Prime Avatar, weakening her power for many years to come and giving the fabric of the Material Plane time to heal.

Years later, the remnants of the Red Hand Defenders joined forces with the Fiendish Fighters, Scarlet’s adventuring party, after a campaign that Scarlet participated in went horribly wrong, resulting in the end of the Blood War, the ancient war between demons and devils. This led to the demons and devils joining forces to conquer the world using a network of magic portals scattered across the globe. The group traveled to the Nexus demiplane to destroy an artifact called the Keystone, the source of power for all portals in the world at that time. In the ensuing battle, the Keystone was destroyed, but Scarlet was left in the demiplane with the arch-devil Mephistopheles while the surviving members of the group escaped to the Material Plane. The nature of the Nexus ensured that no time would pass inside of it while the portals remained closed, but it would be over 400 years before such a portal would be created again.

Grace would engage in minor adventuring after the events in the Nexus, including stopping a resurgence in the Red Hand, but would eventually retire into the woods on the outskirts of Nox, living off the land for over 400 years. Then word came to Grace that Nathaniel Darkwalker and Serana Ironfist, a married couple made up of two members of the now defunct Red Hand Defenders, had given birth to a daughter, Alice, and were pregnant with their son, Matthew. Grace was named the godparent of the two children and was granted custody after the untimely death of Nathaniel and Serana at the hands of bandits. Alice would one day develop the strange mark known as the Darksign, prompting Grace to travel to the island of Kana to investigate rumors of a cure.

Shortly after her arrival in Chakai, Grace received word that her godchildren had been kidnapped by a Stahlwacht official named Caroline Delacorix, seemingly angered by the effects of the ending of the First Flame. Grace would acquiesce to their demands in hopes of seeing the release of her family.

Foundation of the Church of The Patron (848 CE – Present)

The Patron’s sacrifice deeply touched Grace, who until that point had felt contempt and even hatred towards the confusing demigod. After obtaining custody of Alice and Matthew (and discovering that Delacroix was merely a puppet and decoy), Grace returned to Nox and founded the Church of Patron, later named The Worship of The Patron of The Arts (or Artisanism). With the help of Howl and the forces of Elysium, Grace was able to rescue her sister and finally settle down with her worries soothed. The worship of Patron would grow, and she would see go from a small gathering of travelers paying respects at a shrine to a widespread religion led by Grace herself as Head Cleric and her godson Matthew as Chief Paladin. While Grace likes to joke that her time is approaching, a few scholars argue that her mastery of Ki could sustain her life indefinitely, making any death one that she chooses herself. 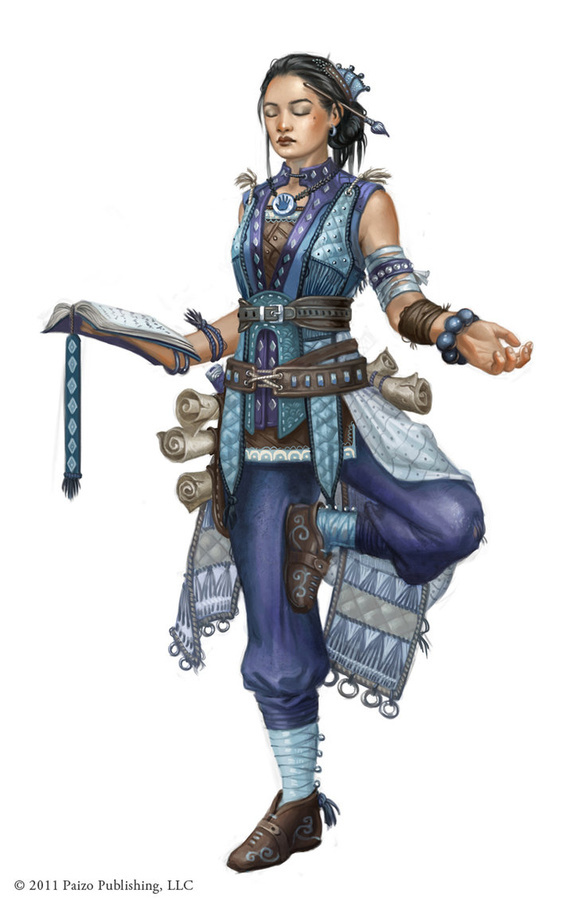