Kai is an old Halfling from Stahlwacht, he was born shortly before the Nox-Stahlwacht war, lived through it and even survived the fall of Stahlwacht. He’s currently a member of the Dusk Chasers, he spends his time collecting old Stahlwacht technology. Kai survived as a scavenger, despite his rough start to adulthood bringing his culture always shows through, his desire for structure and laws despite having lived such a lawless life.

Kai has short white hair, a mustache and a goatee, and is about 3’2". Kai isn’t the kind to hold a grudge, despite Stahlwacht falling as a result of the war, he doesn’t hold any ill will towards Nox, and is a happy traveler. 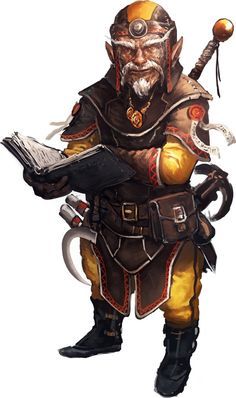