Visions: Kase seems to have developed an affinity for psionic powers due to continued proximity to divine artifacts. Having difficult to control visions, she says it’s more like someone wanting to show her something than her looking for it.

Personality: Originally lighthearted and optimistic, even a youth of hate and prejudiced didn’t change that. What finally got to her was realizing that both sides were perpetuate it, the fault belonged to both sides. She’s no longer the hopeful youth she once was, her experiences have made her world weary but wise. Kase has realized she’s go no chance at a ‘normal’ life, and is trying to find what exactly that means.

Season 3 Theme: Mine – Phoebe Ryan
Season 4 Theme: The Black Queen – The End Where We Start

Bracelet Form: When wearing the Bracelet Kase looks rather tom boyish. She’s flat chested with short blonde hair and fair skin. The Bracelet provides more than an illusion, it physically changes her shape. Veran was needed for magic of that level.

Mortal Form: Kase has a long strand of hair in front of where her ear’s should be, her actual ears are fox ears. Silver hair goes down to her hips, where a silver and white tipped tail protrudes. She is armed with large visible K-9’s that stick out of her mouth a little bit even when she closes her mouth, and retractable claws. Overall Kase has an androgenic look to her, she’s flat chested, has some sharper facial features borrowed from the animal side of her blood, Kase doesn’t have normal legs but silver fur covered digitigrade legs ending in actual paws, and has a smooth muscle tone. The overall image should be a almost haphazard mix of human and lycantrope images with the vampires ‘subtle’ fangs.

Kinsmir Form: A large Silver Fox with exaggerated teeth similar to a Saber tooth tiger, a set of leathery bat wings as silver as her fur folded up along her back, with black paws. Clearly meant to move on all fours, she stands tall at 11’5" while in her Kinsmir form, and at a distance might be mistaken for a young Silver Dragon.

Kase stopped aging around 25, the vampire blood kicking in and preserving her youthful appearance. Knowing her family history she’s a devoted follower of The Patron.

Kase claims to be the daughter of Rina Kita the most recent Kinsmir to be sired. However Kinsmir are related to vampires, thus somewhat undead, so reproduction should be impossible. Kase claims that her birth was possible thanks to Patron.

Kase has been trying to undo her fox curse since she regained sentience, but places her relationship with Michelle ‘Mute’ Wintermute above it. Despite the over-reaction from Mute, she held strong when Mute simply wanted space, and the two have been seen growing back together. Although to those who know them, know the curse is becoming more of an issue as Mute is weirded out by having feelings for someone who is currently a literal fox; Kase on the other hand enjoys having a way to pester Mute.

Secret Child of Rina and Rinn. While Rina was unable to bear children due to being a Kinsmir. They had followed up on The Patrons prophecy, fought the Tearful Elder Thing, overcame the paradox of the Grimweiss, and stopped the return of the elder gods; as such they received a boon from Patron which couldn’t be repaid until Patron had gained godhood. The boon was to allow Rina and Rinn to have a child, Kase. However Kinsmir have never had children before, and the result was something more a kin of “pure Kinsmir”…

Kase had a rather private childhood, being very obviously something no one else had ever seen before, put her on the top of the hate list of most villagers. She was far to animalistic to be a Shifter, and very obviously not a pure animal-folk race (cat-folk, Kitsune, etc…) which already are not trusted. Kase grew up in isolation, a little house on the edge of a northern Noxian town. Thankfully Veran had a solution, creating a iron Armband which transformed her into a human while she wore it. As a result she was teased growing up, and eventually someone mustered the courage to steal her bracelet and she transformed back into herself, embarrassed and scared she brought upon her first shift to full Kinsmir in front of the entire village. If not for the quick intervention of Rina she’s likely have done something she’d have regretted. They moved to another town, living deeper in the forest.

The little family stayed together for a while longer, enjoying the time they had together and venturing into the near by village on occasion.

The loss of her father struck hard on the little family. Rina had a minor breakdown and just needed time away from society, but stuck by Kase until The Curse drove her over the edge. 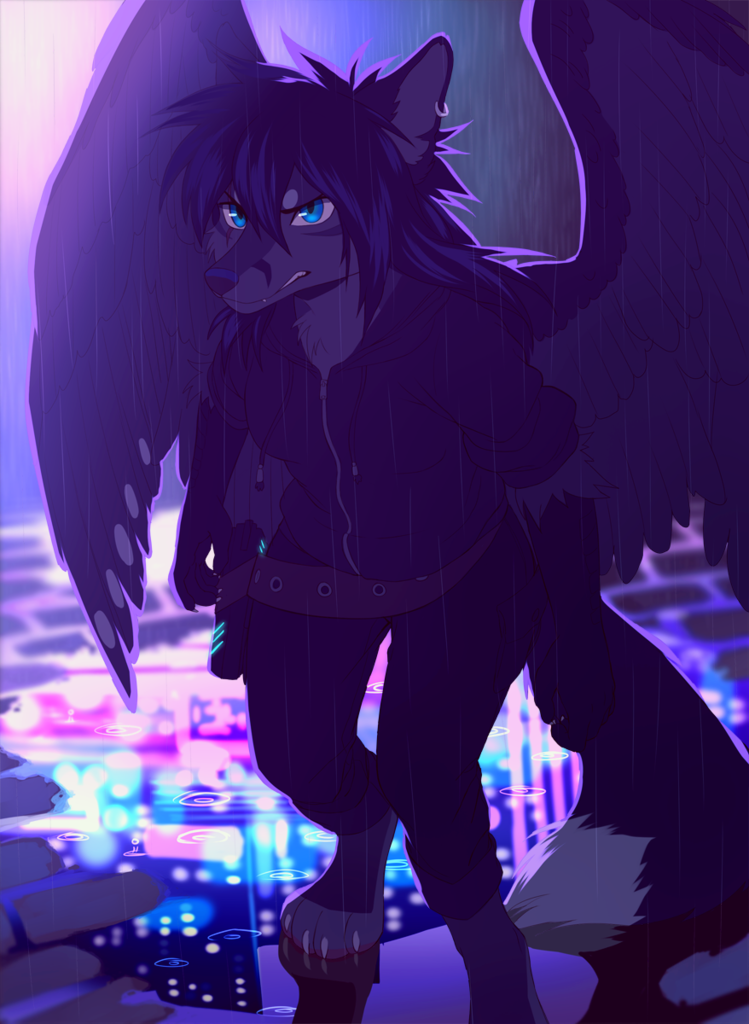