Marta goes by Vel, she has a very strong opinion of magic and divine power. Vel dedicates her life to the study of natural philosophy, medicine as a whole, and the biological integration of automail. She’s referred to as the Mechromancer for her medical and mechanical talents that seem almost magical, she hates the idea and the title.

Those who knew her before she became famous will find her a completely different person. She started out inventing things to enhance the lives of others, enjoying everything she made as it brought her great joy. But after she became known as the world’s leading Automail inventor and doctor, she’s become a detached, goal focused individual. Nobles keep demanding she do their Automail work, so she’s put up a front of being a hard ass. Vel still cares about making people happy, but everyone is trying to buy her service now.

“Divine magic belittles the accomplishments of mortals, as their success is owed to their deity or higher being. Arcane magic is a shortcut, something we did not create or fully understand, how can any mortal feel proud when using someone else’s work?” -Marta Velasquez 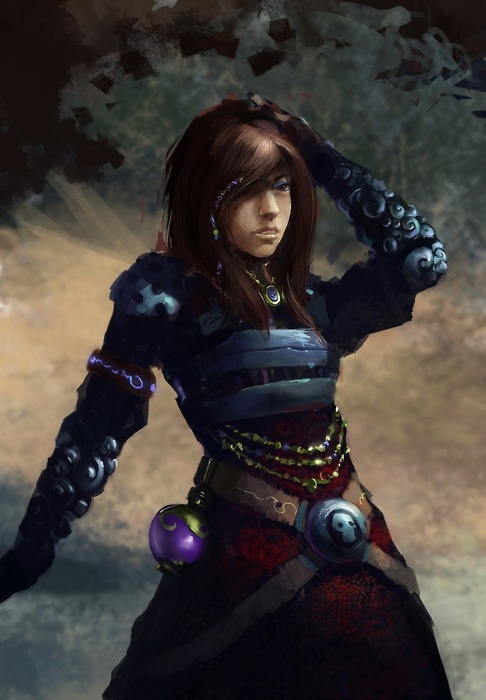