The Woman From The Woods

One of the original members of Brent Embers & Associates. Estellon Aschendale (maiden child name: Rain Meliamne) is a mature wood elf ranger/druid who lives with her husband and mother on the island of Kana. Her child name means “erratic wanderer,” and her adult name is an amalgamation of the words for “hope” and “friend.” *

Estellon is 5’6" tall and about 130 lbs. She has an athletic build, tan skin, and a square jaw. Her eyes are dark and doe-like; her hair is thick and black-brown, reaching halfway down her back. Estellon wears her hair in a braid while hunting or during combat but otherwise leaves it loose and somewhat messy. She tends to dress in somewhat rough-hewn garments made of natural materials, mostly brown or green in color. Around her neck, Estellon wears a bone signal whistle – a keepsake from the days of her old adventuring party. Her weapon of choice is a longbow.

Estellon was born to Linnathon and Gwathra Meliamne in the woodland clearing village of Dartha in The Wild Lands. The village was populated by a tight-knit and somewhat reclusive wood elf clan who placed a heavy emphasis on the values of community, family, home, and nature. Her parents were very much in love and quite devoted to their daughter. Estellon’s mother passed her hunting and archery skills onto her daughter, training her to be an adept ranger. Estellon’s father was a talented musician and songwriter who led Estellon in lessons on his favorite instrument, the pan flute. Estellon herself was born with a powerful wanderlust that often caused her to sneak out on her own into the forest to explore.

One night after Estellon had snuck out to the woods to practice archery, someone or something set Dartha on fire. The flames destroyed everything and left Estellon as the sole known survivor of her clan.
Estellon blamed herself for the fire, believing that it was a punishment from Sargonnas for ever daring to stray from her home and her clan. She viciously repressed her natural wanderlust and vowed to spend the rest of her life protecting what was left of her home.
For the next thirty years, she lived as a forest guardian, scaring off passing travelers and making a name for herself as “the girl from the forest” and “the wood elf orphan” in local lore.

Unbeknownst to Estellon, rumors of arson and malicious intent surrounding the fire began to fly among the locals in nearby towns in the years that followed. Estellon’s life took another abrupt turn when she finally overheard two travelers discussing these rumors as they passed by her forest.
Realizing now that the fire was likely intentional, Estellon swore a new oath to hunt down and kill those responsible for the massacre. She left the forest and spent the next decade and a half as a drifter, searching for clues, taking on odd jobs in exchange for resources and information, and forming close connections with no one. However, the longer she spent on the road, the more her thirst for adventure grew and the more difficult it became for her to resist joining adventuring parties on quests of their own. (Short story: Answers.)

Estellon’s travels eventually led her to the island of Kana, where she and one of her many temporary travel guides stumbled upon an adventuring party attempting to solve the mystery of a curse known as the Darksign. By this point, Estellon’s resistance against her wanderlust was reaching its breaking point, and she agreed to help the party investigate the curse, telling herself that she was only doing so in order to endear herself to anyone on the island who might have information regarding the arson. She finally fully gave herself over to the temptation of adventure after she and the party helped each other survive a battle that killed her travel guide.
See Season 1 Timeline for more.

See Season 2 Timeline.
After the death of The Patron, Estellon returned to her adventures in Chakai. Together with Dolenleth, Gwathra, and their friends, they fought cult, gang, and Kaiju activity; investigated disappearances and corruption; and did their best to bolster the refugee and shifter communities.
Estellon slowly overcame her addiction to Ease and found that her split-personality insanity was gone, healed as a result of subconscious memories of Sif and Rose existing happily together in the alternate timeline. Estellon grew her hair back out and let it return to its natural color.
In time, Estellon and Gwathra were able to track down and eliminate all the Cleaners responsible for the destruction of Dartha and the massacre of their clan. With their mission fulfilled, they took Dolenleth and all their fellow mentally stable surviving clan members on a pilgrimage back to Dartha, where they paid their respects to the souls who were finally able to rest. (Short short: Return.)

Since Estellon’s top prerogative in Chakai was complete, she turned her attention back to Kana. Estellon moved to the island with her mother and Dolenleth and enlisted her friends’ help to begin rebuilding the ravaged community of the Glade where she would make her new home.
Within a year of settling down, Dolenleth proposed to Estellon, and the two were married under the Church of Patron by Grace, taking on their adult names. (Short short: Celebration.)

In 907, Estellon gave birth to her and Dolenleth’s daughter, Gilly. Motherhood was an exercise in self-control for Estellon, who still struggled with a habit of overprotectiveness of her loved ones. When Gilly was a teenager, she and Estellon were ambushed by anti-shifter extremists while out on a hunting trip. The two survived, but Gilly sustained severe injuries and had to undergo massive reconstruction, including the installation of Reforged limbs. The attack taught Estellon two very important things: first, that she is not omnipotent and cannot always protect her daughter from everything; second, that Gilly is much stronger than Estellon (or anyone, really) previously believed her to be. Nowadays, Estellon knows that Gilly can hold her own against danger, but she is always ready to help and support her in any way possible. 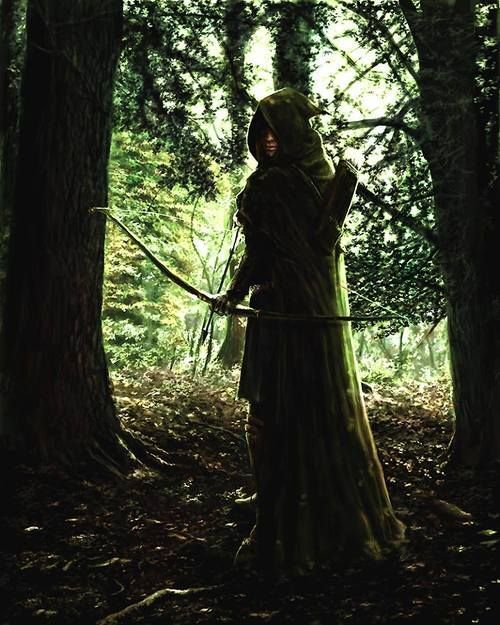