Rina Kita was a young human silver fox lycanthrope who was kidnapped from the Chi Monastery of Chakai by the Sight of the Final Dawn. The vampire leader of the Sight bit Rina during a ritual, giving her vampirism and turning her into the legendary lycanthrope-vampire Kinsmir (Smearing of the two kin together). She was rescued by Brent Motherfucking Embers & Associates and looked after by Veran and Rinn for a time before striking out on her own. Eventually she and Rinn had a daughter together.

Physical Description
Rina is about 5’7" and around 140 lbs. She has darker skin, hazel eyes, and shoulder-length hair dyed green.

During the three nights of the full moon and any time Rina transforms into her full animal form, she loses control and a second personality known as the Wild Spirit surfaces. The Wild Spirit remembers only it’s existence, and shares none of the same emotions, memories, or personality as Rina. It can shift into the Hybrid form, but if it shifts back to human then the Wild Spirit fades and Rina resurfaces as in control.

Rina was abandoned at Chi Monastery as a child, she never knew her parents but she’s assumed that her mother was human and father was lycanthrope, and the her mother wasn’t aware of the lycanthropy, couldn’t handle the situation, and perhaps her father left or was killed. She doesn’t know anything for sure about them, and since she’s been raised from birth by the monks at Chi, she honestly doesn’t care to look into it. The strict rules and regulation of the Monastery gave Rina a structured childhood that blossomed into a rebellious young girl, sneaking out at night to enjoy the Chakain night life, and Night Market.

Rina spent her teenage years learning Chakain Martial Arts, particularly the Style branch of the art, and sneaking out to hang out with friends. She spent a lot of time on Shift Street, the Shifter/Lycanthrope only street in Chakai, and became a rather well known individual there. This would later be her social downfall.

Rina was kidnapped and bitten by a vampire, she died and rose again, something that really shouldn’t happen to normal Lycanthropes. She eventually realized that she was now a creature of legend, a Kinsmir. This had the adverse effect of being socially ostracized, as the Kinsmir of legend are “renown eaters of children and revel in killing those who are close to them”, granted a legend that only occurs every 500 years doesn’t have a lot of people around from the last one to backup or refute these claims. She was no longer accepted on Shift Street and had lost all her friends outside of the party who had rescued her from the vampire who sired her.

Rina was recovering from a traumatic experience, local Hunters had managed to capture her and had tortured her for three days. Being the strange mix of vampire and lycanthrope meant she regenerated much quicker, and is far harder to kill. She survived being flayed alive twice, and was holding onto the last ounces of Vitae (Vampire powered blood) to keep herself alive. After being rescued she lashed out against her rescuers due to her lack of blood, and simply fell into a pit of despair, unable to trust herself, unable to handle what she had some how lived through, and unable to understand who could be capable of doing what she had endured. It took six months before she spoke again, but eventually she started her recovery, although she was never the same.

Rina has never handled the fact she loses control of herself when the Wild Spirit surfaces well. It took some time and trust in Rinn to work out an understanding between the Wild Spirit and herself. Both have come to the understanding of who’s important to them, and have been able to work together through their limited means of communication.

Rina and Rinn teamed up for a while, they were investigating a Prophecy given to them by the demi-god Patron. The two followed through and ended up fighting minions of Chaos and dark being from beyond time and space. As they found themselves at the end of the Prophecy, and had saved the world from other worldly beings, Rinn confessed him love to Rina. Rina didn’t take it well at the time, she enjoyed her time with Rinn but felt she couldn’t be the person Rinn actually would have spent the rest of his life with, despite feeling affection for him. She no longer aged and the idea of watching someone grow old while she remained eternally youthful frightened her out of saying yes. She left one day, unable to bring herself to tell Rinn.

Rina wandered the world alone for a while. While never truly alone, she was followed by Rinn and Veran for some time. She helped Veran find his way to immortality, and shortly after he left to finish his life work. Rina traveled through Nox, and off into the wilderness for a few years, losing Rinn for days or weeks at a time.

Having been persistent and clearly willing to throw his life away, Rina reluctantly approached Rinn, and said she’d be willing to give it a try. Rina dealt with the aging difference, she was physically forever 21, and Rinn being half-elf had slowed aging but grew old with every passing year. They found that Rina was unable to bear children, something she had expected but none the less was a heavy blow for her to take. Eventually Rinn passed away, having slowed aging from both his elven blood and the Ageless body he was blessed with from being a Druid he simply passed in his sleep. Rina buried him, mourned for some time, and eventually vanished from the village they had called home. 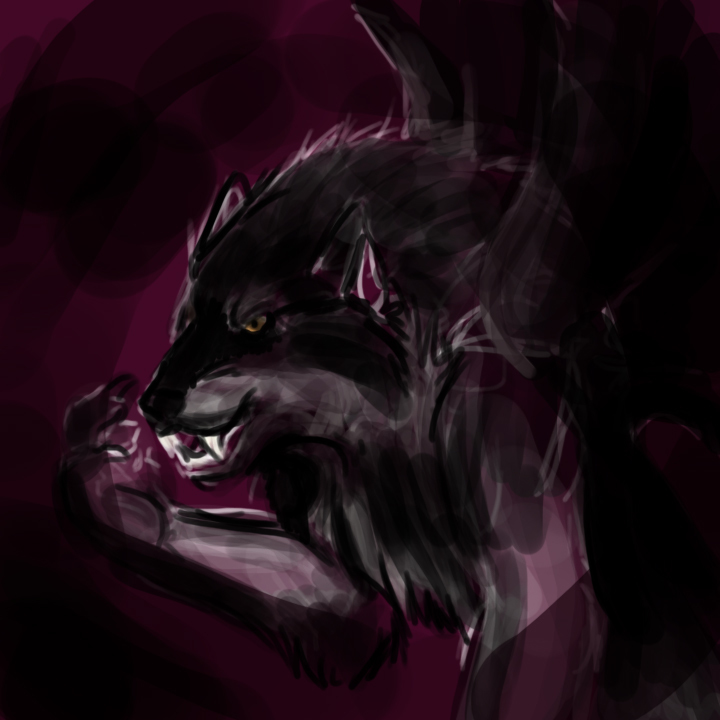