Short white hair and a pale complexion, Rufus usually isn’t seen showing much emotion. He’s one to get caught in an idea and spend hours pushing it to it’s conclusion before moving on to something else. Rufus always dresses in fine or fancy clothing, to him the way he looks shows off how good he is at his job.

Owner and tailor in his shop Maelstrom Textiles in Trenton, he employs a number of people to produce fabrics and make clothing, while he focuses on design and prototypes. Seen as a fair boss, he usually finds himself invited to noble parties and shows up as long as he doesn’t get caught up in an idea. It’s gotten so common that it’s not even seen as an insult if he skips a party to finish something, as he’s usually working on something for the person who invited him.
All of his garments are imprinted with his personal spell weave, it helps keep the clothing from getting dirty or staining. He’s fairly experienced with magic, however almost none of it is combat focused, he originally studied at the University of Nox.

He’s provided clothing for a majority of the party, including Soto’s Tuxedo. 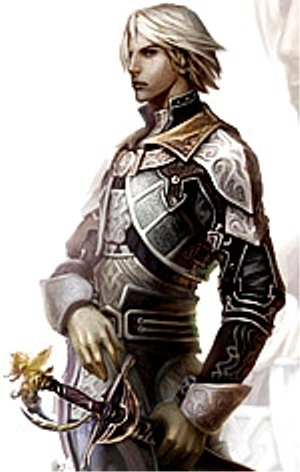