Former member of the Red Hand Defenders, Grace’s old adventuring party. Scarlet Naraday is the sister of Grace Naraday. Wild and free, she is impulsive to a fault and is always seeking danger and adventure. Finally freed from the Nexus by her sister, she quickly returned to adventuring. Her current whereabouts are unknown, but as halflings can live up to 200 years and as Scarlet was quite young biologically when she was imprisoned/freed from the Nexus, she could still be alive, assuming some unnatural end didn’t befall her.

Scarlet stands about 3’2" tall, slightly above average for halflings. She has short, red hair pulled back into a ponytail with her bangs hanging free.. She has sharp, pointed ears, scarred after a childhood attempt to look more like her older sister. She wears form fitting clothing that accentuates her slim body. She carries a magic bow that fires magical arrows made of semi-solid water.

Scarlet was an orphan halfling girl living in [Insert Nox Capital Here] who was adopted by human parents along with an elf named Grace who would become her sister. Scarlet’s adoptive parents were skilled craftsmen (her father was a clock maker and her mother was a jeweler) who were well known in their field, elevating them to the status of lesser nobles. While Scarlet never wanted for much, she found a liking for sneaking and kleptomania that got her in much trouble and worried her parents.

Shortly after Scarlet turned 14, she and her parents were horrified to discover that Grace had run away, leaving only a note that she was searching for an adventurer named Rikkit and that she would be back soon. Scarlet immediately ran out the door and off into the unknown, tracking Grace until she ran into her in an inn a few dozen miles outside of the city. Grace explained that she desired to train to become a monk under Rikkit Kol and begged Scarlet not to tell her parents where she was. Scarlet agreed, and they searched for the adventurer together until they discovered his grave in a small town named S’raia. Grace came across the dwarf’s ghost and trained under him until he passed on. Both sisters now having a thirst for adventure, they split ways in search of their own stories.

Scarlet returned home for a time to calm some of her parents’ fears but joined up with an adventuring group immediately after her 18th birthday. This ragtag bunch of misfits were led by a tiefling working for a devil employer who paid quite well. Seeing riches in her future, Scarlet signed on and set off showing her skill. Eventually, this group would develop an infamous reputation as the Fiendish Fighters.

After a job gone wrong, Scarlet and her team discovered that they had been double-crossed by their employer who had signed a truce with the demons in order to invade the Material Plane using a vast portal network spanning the globe. Scarlet called in Grace and the Red Hand Defenders to assist her in taking down the devil/demon army. Traveling to the Nexus demiplane to destroy the Keystone that controlled the portal network, the ensuing battle ended with success at the cost of great sacrifice, with many friends dead and Scarlet being left in the Nexus to allow the remaining survivors to escape. Over 400 years later, she was freed from the time-frozen demiplane by an older Grace and the forces of Elysium.

Scarlet resumed adventuring after a few months of rest, and her current whereabouts are unknown. 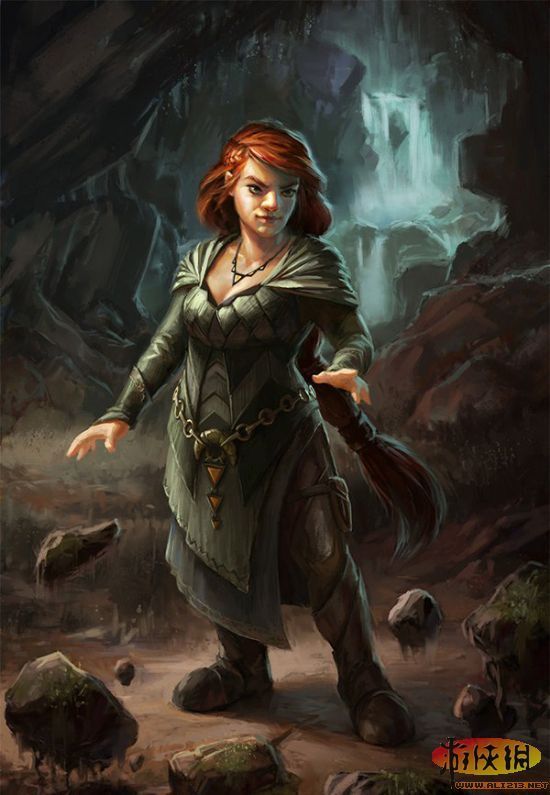