A skeletal Lich usually seen in wizard robes, with green glowing eyes that burn like fire.

More is known about his deeds and actions than his history. All that’s know for sure is that Yavin has been working behind the scenes for a very long time.

Responsible for the Dark Sign and previous ‘slave-mage’ to The Dark King. Creator of the Demi-plane referred to as The Mansion or Manor. The wizard responsible for the opening the portals to the elemental planes. Freed Joseph King and only requests that he kill Naicelle Sharpquill’s Parents when she was young, and then kill her brother Corvis much later. Yavin Is likely behind a lot of the kidnappings and abductions to the Manor, including: Brant, Bahresh Sagesacale’s Parents Aska and Rhogar, Ivan Webb’s Father, Elisa Fortune, Fusilis, Haska Solomon, Lucas, Michelle ‘Mute’ Wintermute, 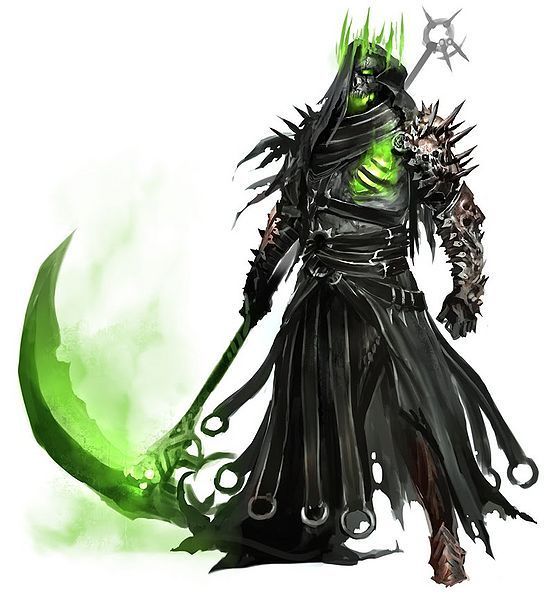